Feb 18,2021 Comments Off on ATO outlines guidance on reporting obligation impacts from COVID-19 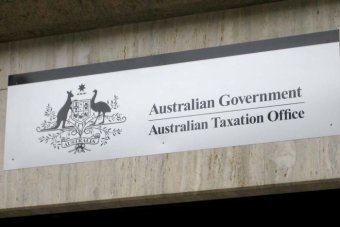 The ATO has outlined the impacts from COVID-19 on reporting obligations for SMSFs and guidance on the changes ahead for the 2020–21 financial year.

Previously, the ATO drafted additional instructions for SMSF auditors which provide guidance and examples on what types of COVID-19 relief may give rise to contraventions and which ones to report to the commissioner.

Speaking at the SMSF Association National Conference 2021, ATO director Kellie Grant outlined a comprehensive guide on the requirements for the independent auditor’s report (IAR) and auditor contravention report (ACR) across the different measures that were impacted by COVID-19.

“We have had a number of auditors ask us about the question around section 65 contraventions and we do have a ruling though in place that says in situations like this, even outside the COVID situation, there would be this indirect financial assistance, so I think it is important here for us to continue with that view, but we’ve tried to make it easier reporting-wise saying it’s not reportable.

“Obviously, if that rental relief is provided on non-arm’s length terms then the auditor will be looking at section 62, 65, 84 and 109 breaches and then qualifying the audit report if it’s material and then lodging an ACR if it meets that reporting criteria.”

Addressing the contraventions around the in-house asset relief, Ms Grant said this is a situation where you know the fund might get to the end of the 2020 or even the 2019 year and has an in-house asset above that 5 per cent threshold but due to COVID can’t dispose of it by the end of the following income year.

“In that situation, we’ve said if you can’t dispose of it because of COVID, we won’t look to take compliance action, but we do expect you to still prepare a written plan, and in that situation, there’s probably likely to be an in-house asset breach and if it is material you need to qualify the audit report, but we have said in that situation you don’t need to report it to us in an ACR,” Ms Grant said.

Ms Grant said that with the early release on compassionate grounds, in that situation if the auditor can see that the trustee has a copy of the termination and has released it in one lump sum after the determination date, there shouldn’t be any contravention.

“However, in a situation where they’ve released that amount before receiving a determination, then, of course, you are looking at your section 62, 65 regulation and SASR 508 regulation contraventions qualifying the IAR if the material and an ACR is required if the reporting criteria are met,” she continued.

“Of course, with that measure, funds do need to release that amount once they get the determination as it says as soon as practicable and they need to release it in one lump sum.

“Now we realise though that there’s going to be some trustees that might get that determination and hopefully their financial situation has changed, they might decide they don’t need to no longer release it.

“In that situation, we wouldn’t expect the auditor to report a contravention and also if it’s released in a couple of withdrawals (although it shouldn’t be), we’re not too concerned about you reporting that sort of contravention to us as well.”

Ms Grant said the ATO is also looking at modifying the independent audit report to line up with the ACR addendum to say that where you don’t need to report in the ACR, you also don’t need to qualify in the IAR.

“But we did receive a bit of feedback from our auditor group saying they weren’t comfortable though with that even though we’d put it in the instruction,” she said.

“They mentioned they were still signing off though on an unqualified opinion in the audit report to say that all those sections have been complied with, so unless you’re going to change that opinion clause in the IAR, we’re not comfortable with it.

“So, in the end, we did do a U-turn on that to say, ‘Look back to just reporting as per normal in the IAR’.”